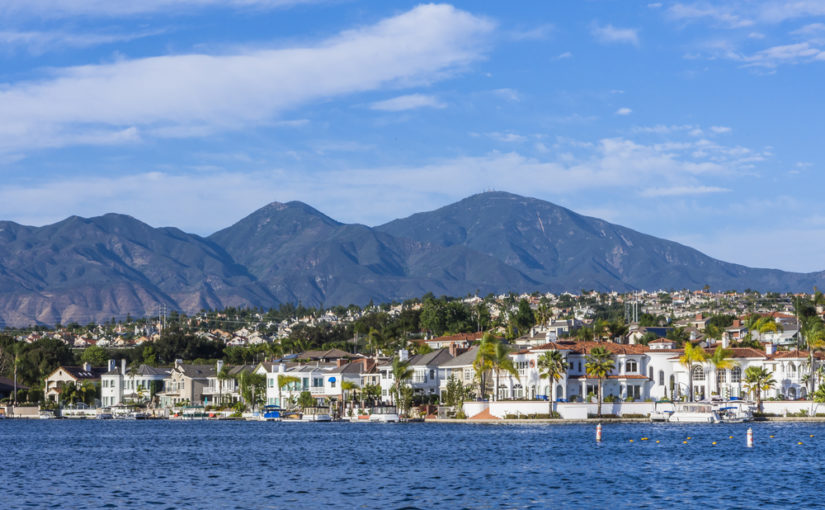 Close to Newport California, Balboa Island is part of the interesting and dynamic history of the region. During the later decades of the 19th century, Newport Bay was a hub for exports, and the area soon developed a reputation for its thriving commercial trade and shipping businesses.

By the early 1900s, some of the small waterfront communities that sprung up in the area were divided up, and real estate promoters traveled around to tout the sports in the area.

Many plots were sold to residents in Pasadena, and as a result, many longtime residents of Balboa Island have considerable connections with people in Pasadena today.

At this point, Balboa Island was still just a sandbar, but William Collins gave birth to the modern-day Balboa Island after using his dredge to cut up a channel and piling the sand on a mud flat between 1908-1909.

Another man, Joe Beek, spent much of his lifetime dedicated to the island, and secured a ferry contract in 1919 to shuttle cars between the island and Balboa Peninsula. Beek later served as Secretary of the Senate of California.

Here are a few interesting historical facts about Balboa Island as is grew into what it’s known as today.

The First Lots Sold for Cheap: Collins originally sold lots on the island for just $25.00. A sale came with a promise that utilities and ferry services would soon start up on the island. At this point, the island was just a summer vacation spot since there was no gasoline or electricity.

Development Grew in the 1910s: Balboa Island became part of the City of Newport Beach in 1916, while the Balboa Island Improvement Association started up in 1918. The Association was a powerful tool in the process to get utilities and other amenities, like streetlights and paved roads, on the island.

Many Movies Were Filmed on the island: During the 1920s and 1930s, a number of films were shot on the island, and the Coast Guard even used the spot during World War Two.

A Number of Bridges Have Served Residents: One of the original bridges to the island, during the 1920s, was two lanes of wood. In 1929, a concrete bridge was constructed that served residents for a little more than 50 years. By 1981, the concrete bridge was replaced with a modern structure that also had walkways.

Balboa Island is Thriving Today: Jamboree Road is now a major road that runs through Newport Beach and finishes on the Island. Over the past few decades, Balboa Island has rapidly grown into a destination spot that’s also home to families, retirees, students, and even a few celebrities.

Now, some of the lots on the island sell for millions of dollars. Big City Feel…Small Town Charm: Despite the massive growth, Balboa Island still has a small town feel despite the massive changes in the island’s infrastructure. Many visitors come to the Island to enjoy the scenery and weather, while also taking in the sights and sounds of a tranquil beachside community.

Are you thinking of buying a home near Balboa Island? Click here to contact the Stavros Group today!