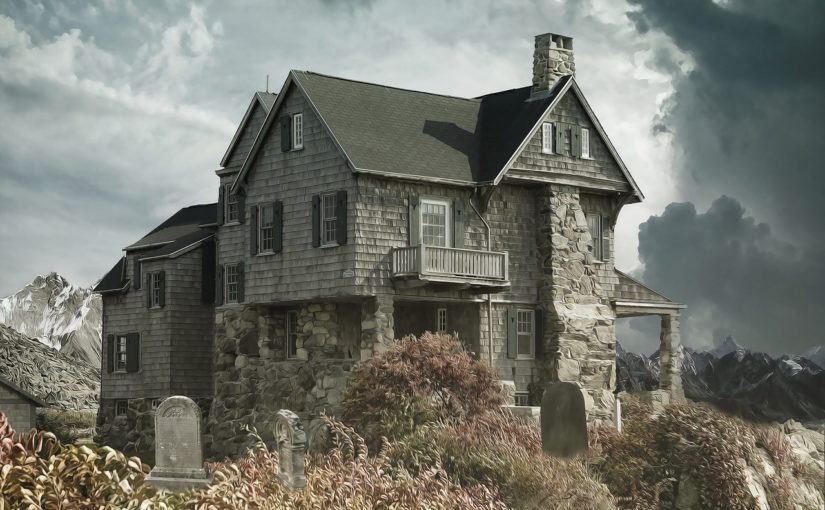 Hear ye, hear ye, guys and ghouls: Spooktober is upon us, and with it come the costumes, the parties, the candy, and of course the haunted houses. Right up there with graveyards, real estate has long been the setting for scary stories of things that go “bump” in the night.

To the true believers, living in a haunted house sounds like a recipe for many sleepless nights. Research from YouGov shows that about 45% of Americans do indeed believe in hauntings and ghosts. Those folks will likely shy away from visiting, much less purchasing, a haunted home.

To the skeptical, real estate with a haunted past might sound like a good way to snag a deal on a property. But, in most cases, a home will sell for roughly the price that it’s worth based solely on its location and material value—haunted or not.

However, there are some examples of homes garnering significantly less buyer interest due to their spooky reputation. For instance, this Victorian mansion in Massachusetts, once a Freemason hall and then a brothel, was listed shockingly cheap at just over $300,000.

If the House Has Ghosts, Must You Disclose?

Something you may not know: depending on where you live, some states require real estate agents to disclose in a listing whether there was a death in the home, or even whether the house is considered haunted by some. For a fee, you can find out about deaths in a home from services like DiedInHouse.

In California, an agent must disclose whether there has been a death in the home in the past 3 years, including natural deaths. In Hawaii, however, any occurrence that had no material effect on the physical structure of the house does not need to be disclosed.

Other states, like Georgia, don’t require anything to be disclosed up front, but they do require any questions to be answered truthfully. A majority of states do not require deaths or reports of the paranormal to be disclosed, in order to protect sellers from undue stigmatization.

In the spirit of the season, we thought we’d share a few of the spookiest homes in America. How would you like to live in one of these? Early in the morning of December 6th, 1959, Dr. Harold Perelson murdered his sleeping wife with a hammer and attempted to do the same to his daughter, Judye. The teen girl managed to escape and rouse her neighbors who called the police. Dr. Perelson proceeded to ingest dozens of pills and died before an ambulance arrived.

Rumor has it that this Spanish-style mansion in the upscale LA neighborhood of Los Feliz was briefly rented out to a family in the early 1960s, after which it remained empty for decades. Christmas decorations were visible inside the home, likely left by those renters as the Perelson family was Jewish. Neighbors reported paranormal activity, and the house became an attraction for thrill-seeking tourists. Decades later in 2016, the home was sold.

Once the residence of Sarah Winchester, widow of firearm magnate William Wirt Winchester, this Queen Anne Victorian mansion in San Jose, CA, is well known for its puzzling design and its frequent paranormal sightings.

The home has been featured in media such as Ghost Hunters, and it was the set location for the Winchester film starring Helen Mirren as Sarah Winchester.

In 1974, six members of the DeFeo family family were found murdered at this house in Amityville, New York, 30 minutes outside of New York City. Roughly one year later, the Lutz family bought the home at a huge discount. They lasted 28 days in the home before leaving due to sightings of paranormal activity.

The Lutz family’s short time in the home was memorialized in 1977 in a novel by Jason Anson, The Amityville Horror, which has since been made into multiple feature films.

This haunted house in San Diego’s Old Town district is said to have been the site of hangings before it was built in 1857. The owner’s daughter, Violet, killed herself at the house in 1885. Stories say that a number of spirits roam the house to this day.

Now a California Historical Landmark and a museum, you can take a tour of the Whaley House for yourself during a trip to Old Town… if  you dare!

Tis the Season for Spooking

These are just a few of our nation’s many reportedly haunted homes. As a Halloween attraction, the haunted house industry brings in over $300 million each year. Do you plan on visiting a haunted house with your friends or family this year?